Give them the keys to understand

key to understandAs persons involved in creation, development, and innovation, we are inevitably destined to run into conflicts at some point. While many of us are one-person powerhouses, driving our products or ideas to the market. Sooner or later, we’ll be part of a team, or have to negotiate with a client to reach a consensus. When running into conflicts, we need a strategy to get the outcome we want without alienating anyone we work with.

People tend to have opinions

Everyone has their opinions. Regardless of whether it is a positive, productive one, or its source, people tend to consider opinions as part of their identity. In the Western world, we live in a highly civilized society. We are not cavemen – we do not club each other in the head when we disagree with each other – we talk. Verbal disagreements are the most common form of aggression. Most people that work in corporate or entrepreneurial environments are exposed to those shouting matches. Have you ever felt the sinking feeling, or a little adrenaline when starting a verbal argument with someone? Sometimes, when people disagree with us, we feel like we are being personally attacked.

Many people become uncomfortable in these situations and become defensive; others enjoy the confrontation and are aggressive – but generally, nobody wants to let you “win” the argument. Some people consider winning a verbal disagreement a personal success. It is a way for them to assert their dominance. Every time you lose an argument, a hierarchy develops organically, your social position in this group is undermined. Even worst, others may follow suit in disagreeing or challenging you in the future, as they, consciously or not, see you as a target.

The best way to win is not to fight

With all of the above in mind, it is easy to see why crafting our message is crucially important. We should not seek confrontation, we should seek to be a positive presence at all times. Remember, we have to keep the end outcome in mind at all times, and not become emotional. Obviously, we cannot let things become personal, even if our opponent seeks to make it so. Very often, if we are dragged into a confrontation, it is already too late to change the other person’s viewpoint. Or at least, if we do change their mind after lengthy badgering, they might feel humiliated publicly, and become antagonistic to us and all our ideas. By giving the keys to understand your point of view, you’re developing another kind of relation.

We do not necessarily have to say we disagree with someone to get them to change their mind. In fact, we think it hampers the process. If we have a viewpoint, a suggestion for change, we think it’s good for a reason. This may be data, this may be past experience. If this reason is objectively good and advantageous, there is a chance that other people will think it’s good too. It is why we should present to them the keys to understand our viewpoint, without even necessarily displaying it. These reasons are what we call ‘keys to understand’.

First, we must assure the other person that we are seeking to improve on their already promising idea, not imposing our vision. We must seek to be a positive presence, not a confrontational one.  You ought to do what your mom did to your dad – instead of telling them to do something, give them little bits of information and hints, and let your dad think it was his idea in the first place. Present your data, or past experiences, before you state that you disagree with something. Quite often, the person will interpret the data the same way you did and align their view with yours.

That’s a perfect victory – to get somebody to do or think what you want, without you explicitly letting them know you want them to do or think this. Subtle language hints are also useful. Instead of saying a confrontational thing such as: ‘We shouldn’t do the Facebook ads, I think we should focus on Ad Words.’, say a positive, suggestive thing: ‘Don’t you think we should focus on Ad Words? Our Facebook conversion rates were not too impressive in the last campaign.’ You will become known as a wise person that’s rich with advice, instead of a confrontational person seeking to impose their will on everyone. Let’s face it, in any workplace, everybody knows who the d*ck is.

Keys to understand in public speaking 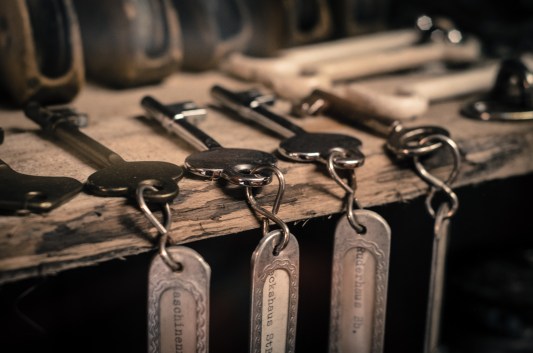 The same applies in public speaking. Instead of telling somebody what to think, or worse, what to think about you – present the data and experiences that shaped your ideas or you i.E the keys to understand you. Think of the many ‘bad guys’ – mafioso, criminals and other shady characters that become well-known and liked public figures. Very often you will notice that the way they have achieved this is by taking people into their world – telling their story, the circumstances, and leaving the audience feeling like they wouldn’t act much differently when in a similar scenario. Whether you are doing a talk on an idea, a pitch, or just on your own life, pinpoint and focus the things that have shaped and informed what you’re presenting, instead of forcing your ideas on people. Guide, don’t impose.

If you are able to give the key to understand your vision, you’ll become an enabler, not just another speaker. This will change everything.