Two sides of the same coin: Fear and Hope as tools in public speaking

Fear and hope can be  very interesting tools in pitching your ideas if you use it correctly. If you use it incorrectly, it can be a blocking factor for your audience. When we say fear, we do not mean to try and scare your audience into buying something. We remember once attending a networking event, where during a 30 second pitch exercise, an insurance salesman gave us the following pitch:

This was supposed to create anxiety and drive us to him as if he was a savior. Guess what, it had the totally opposite effect. Nobody wanted to talk to him. This is why using fear can be a double-edged sword – if you cut too deep, you will drive people away from you. 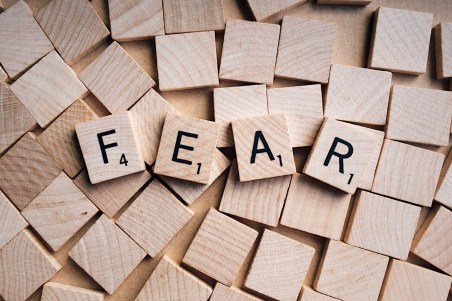 We ought to be careful and measured in the way we use fear in our pitch. We must not scaremonger; instead we must shape in a way that appeals to the survival instinct, self-preservation. We must appeal to people’s somewhat rational thoughts, and sometimes, to basic emotions such as greed. I remember when I was shopping for a new car – this is a great analogy to explain the two levels of fear you ought to aim at in your pitches.

First, the salesman appealed to my instinctual fear – he remarked about how safe the car was many times and pointed out all its modern safety features; and of course, I need a safe car, especially with my little kids in it. If he started behaving like the insurance salesman I met at the networking event, and told me that if I put my kids in another company’s car, they will die a painful death – that would probably be too far for me and I would have taken a dislike to this guy. As you can see, the moderation and method of delivery is very important. Secondly, he also appealed to my fear of missing out – he said that he would add some extras, for example, parking sensors and some other bits – if I took the car today; but if I wanted it tomorrow, it would be off the table… 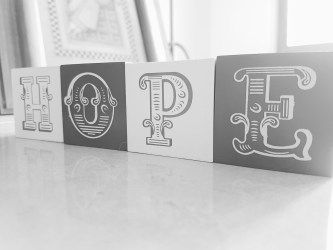 What the car salesman did with his talk of safety features, is play on my fear, by giving me hope. This car has the safety features, so it gives me hope that I will be safe when something terrible happens on the road. Slowly, we can see that fear and hope are really two sides of the same coin. In public speaking, hope is everything. You can create hope in public speaking quite easily. When working with hope, you can work on two different levels: the individual level, and the collective level. It is the individual level of hope, that is actually deeply connected to fear. On the individual level, hope refers to a change of situation which will satisfy you and create a better situation for you to live in. Hope helps selling the vast majority of items in the world.

Think of all the inspirational advertising that exists. Most of these adverts do not only promise the product: A car advert does not give you hope of a just a beautiful, engineered vehicle. Car adverts often try to make you believe that if you buy their car, the roads that you drive it on will be empty and perfectly-flat; that you will arrive from work to a beautiful wife in a 4 bedroom home as the sun is just setting and painting the sky red, and that your children will smile quietly when you are putting them in a child’s seat, instead of kicking and screaming.

Everything can be sold with hope – cars, six packs, self-esteem. This is often what we are buying. We want to buy a piece of that aspiration. Innately, we all hope for a better situation for ourselves, whatever that means. You can play on that hope to have a better situation, which is often intertwined with fear. Think of ‘preppers’ and the survivalist movement. This whole industry is playing on two sides of the same coin: on a deep fear of the world descending into Armageddon, and on hope, that when it does, you will be the best prepared, because you have the fancy axes and a garage full of canned meat.

Lessons from Trump and Obama

We can use fear as a tool for selling, or as a tool for creating a movement. Just look at the example of Donald Trump – he has built his whole rhetoric on fear and pride. This is not to say that you ought to be anything like Donald Trump, but you can look at the general methods he uses, and see that there is a clear and defined strategy based on fear and scaremongering behind it. He appeals to preservation – the preservation of white culture and privilege.

You can mobilize people into becoming an advocate of your brand and of your message. You can also polarise people, meaning you now know what they think and you can work with them even though they disagree with you. This is fine, because you cannot please everyone, and you shouldn’t attempt to, either. Using fear can help you sort people into advocates and antagonists.

Then, you can work with hope. You have to create just the right amount of hope to be sure that people will subscribe to your idea or your product. This is what Obama did, on a collective level. If you see some of his most popular speeches, they follow a certain pattern – ‘It will be hard, but we can do it. It has to be done, and it will be hard, and then it will be better. It’s gonna be hard, but we can do it. Yes, we can.’ What it created is something akin to what Trump and his crew created. However, they used fear and polarisation instead of hope. Obama used pragmatism and realism with the right dose of hope.

Fear is irrelevant without hope. Think of a scenario in which the Earth is certain to be struck by an asteroid within 8 hours. There would be no telling people anything. Instead, everyone would do exactly what they want to do – good or bad as it may be. It is no use using just fear. Naturally, hope becomes the other side of the coin.

Why hope and fear are two sides of the same coin

Hope is almost always mixed with other feelings. Even though we see hope as a positive word, it is often mixed with very negative feelings, not just fear. Most often, we hope for things to improve, because we are: scared/tired/disgusted/unimpressed/annoyed/any-other-negative-adjective with the way that things are, or the way we perceive things to be. For example, as we saw, Trump built his stance on fear, othering, and hope – hope for the chosen ones; hope for a place without the unwanted “others” that Trump’s supporters are scared of. Many religious cults and gurus do a similar thing.

In fact, this pattern is quite well documented, it is the “bridge to the future”, an NLP technique often used in public speaking that you may recognize in speeches of Martin Luther King, or even Steve Jobs. It is about creating a vivid contrast between how things currently are (or how the speaker wants people to perceive things being), and how they could be. This is a common denominator that Nancy Duarte found in the structure of all great (or influential) talks. When we are hoping something, we are vulnerable. Imagine the feelings you might have while playing in a casino, or even buying a lottery ticket. Hope can make us become gullible, or stupidly prone to influence.

By using fear you can create a sense of emergency and mobilize people into action – buying stuff, voting for you, and so on. A good example of this is what Bill Nye did with his Netflix show: ‘The world is on the brink of disaster, and we have to deal with this.’ This is what Neil DeGrasse Tyson is doing, and what Al Gore did. The dosage and method of delivery have to be adjusted depending on what you are trying to achieve.

When it comes to informing people about imminent environmental disasters, a high dose of fear is acceptable and palatable, as it is based in facts (we are indeed destroying the world around us), and also, it is not about promoting a product, but rather, about changing our habits that are damaging the world. When you are trying to sell a product, you must ask yourself how far is the emergency entrenched in facts? Is there a real, imminent danger? Or are you manufacturing the danger for your purpose? Do not overstate or estimate the facts for your purposes, and pick the dosage of fear accordingly

Since hope and fear are two sides of the same coin, the balance has to be the same with hope as in the case of fear. Just as you cannot excessively fear-monger, and only have to subtly appeal to deeper worries and fears, you cannot over-promise, as you will become a joker; a dream seller. It will destroy your credibility.