What problem are you solving?

Many companies have had to rebrand aggressively to keep or obtain market share, and others did it for the prospective gains. All of them started by definin what problem they were solving. Instagram is a really impressive example of going from a vitamin to a painkiller. Instagram evolved from a place to upload selfies and pictures of your unreasonably priced lunch to a platform using which you are able to communicate visually to a specific community as an advertiser or a business. It allowed online businesses to thrive by reaching fragmented and niche target audiences. Since Facebook acquired Instagram and implemented most of these “painkiller” moves, the value of the platform has increased a hundred times over. A hundred times. 10000%. And it was already worth a billion dollars. Yeah. 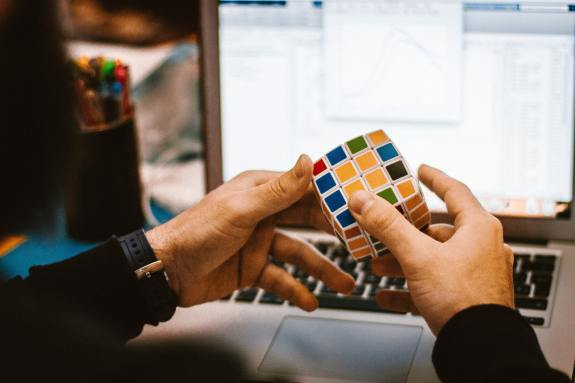 If you look at any successful start-up or product, there is a problem that is being solved by this product. Even though most of the things that surround us are superficial, and really are just “nice to have”, it is no way to pitch a product. It isn’t a way to pitch the product to your investor, and neither is it a way to pitch the product to your user. If you are not solving a problem, you are useless to most people. Nobody will pay for something that is useless. If people are asking “what problem are you solving?” at the end of your pitch, that’s quite a sign…

Fidget spinners enjoyed a meteoric rise, but people have realised they are basically useless, so the hype died as soon as it appeared. Google+, the fidget spinner of social media, followed the same suit, except with no meteoric rise. Google+ is extremely interesting, as it was a product created and actively promoted by one of the most powerful tech companies in the world died a very quick and quiet death, or perhaps, just never came to life. Why? It was in exactly the same niche as Facebook, without any differentiation.

There wasn’t a specific problem to be solved that other networks like Facebook had. Facebook focused on the issue and very quickly brought in all the things and features that could be seen as advantages of Google+ (a very short list, mind you). Since the launch of Google+ mid-2011, Facebook’s monthly users have grown from 739 million (2nd quarter of 2011), to 2.27 billion (3rd quarter of 2018). Google+ is due to shut down in August 2019.

Facebook in itself is a prime example of starting as a vitamin and transforming into a painkiller. I already described what they did with Instagram. The reason they did it and it worked, is that they did it with Facebook first. They also changed their target audience, and what the product is. At first, Facebook was nice to have. Facebook was the product, and its users the target audience. If you have buddies all around the campus that you want to keep in touch with when they move around the world, you can use our social network to stay connected with your friends, or even meet new people! Unfortunately, this is not something I want to pay for.

If Facebook as a product cannot be sold to its users, because it was always free, and it is just nice to have; what did Facebook now have that could be sold? That’s right – the users. At the time of Facebook introducing the very first Facebook Ads, in Autumn 2007, Microsoft paid $240 million for a 1.6% stake in the company, which would put the value of Facebook at $15 billion on the dollar. 10 years later, Facebook’s value has peaked at just over $600 billion, dropping to a more reasonable $390 billion in recent times. In this time, Facebook’s focus was clear. Introducing more and better advertising tools, targeting tools, campaign tools, stores, marketplaces and more, they have very clearly focused on making Facebook a commercial tool. The users wouldn’t want to pay to use the Facebook product, so the users have become the product that is being sold elsewhere – to advertisers.

This may sound profusely cynical, but apart from earning half the dollars that exist in the world (Facebook was valued at $600 billion at its peak; approximately $1200 billion “paper” dollars exist in the world), it became an irreplaceable painkiller for many small businesses. Let’s put the huge corporations and companies that use it to the side – they would have spent their advertising dollars somewhere anyway. Now, unlike ever before, niche businesses with fragmented target groups can exist successfully and advertise to the right people. If there are a million fans of something in the world, but only a handful ever live in the same city, there isn’t a good place anywhere for you to open your store.

Even in the earlier days of online shopping it could have been hard to gain relevant traffic and clients in your store. What if a global database existed, that encompassed a quarter of all people in the world, cataloguing their interests? What if it let you advertise directly to them based on their interests?! I wonder…

It is never too late

The key takeaway here is that it is never too late. In business, just like in life, unless you’re dead, it is never too late to reinvent yourself. Even if you are “established”, please remember that we live in an age of 5-second attention spans, and nobody remembers anything. Making the move from being a vitamin to a painkiller may require different actions and adaptations based on your individual situation. You may have to turn 5 degrees, you may have to do a complete 180. It might require an adjustment, improvement, or a significant change in the product. It might require a comprehensive rebranding exercise, with new marketing materials and approaches.

It may require shifting your understanding of what the product is, and who the customer is, as in Facebook and Instagram’s case. In many cases, it may just require you to focus and rethink the way you talk to your investors and customers. Present the problem in the right way, relating to common struggles, or just to the struggles of your audience. It doesn’t have to be a huge problem, as long as it’s THEIR problem.

Presenting the problem in the right way is crucial, because it will legitimate your product to the customer. You’re not trying to sell ice to Eskimos. Just changing your pitches to start with presenting the issues and problems that exist and explaining how your product solves these problems can be hugely beneficial in the way it is perceived by your investors and clients. It is never too late.